Details: Graham was arrested at 3am in his hometown of Raleigh, North Carolina after a traffic stop. He was charged with driving while impaired.

Details: Police in Los Angeles were called to a home for a domestic disturbance and when they attempted to check on the parties involved, Hayes tried to keep them from entering the premises. He got combative with officers and a fight broke out, with Hayes getting tased and police forced to put out an “officer needs help” radio call. Both Hayes and an officer were taken to a hospital to get treatment for minor injuries following his arrest.

Details: After being pulled over for weaving and driving 66 mph in a 45 zone, Jack failed a breathalyzer and was arrested for driving under the influence. 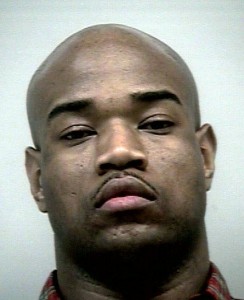 Details: While in Miami, Butler was arrested after he pointed a loaded, unregistered handgun at a group of people following an altercation.

Details: Nailon was arrested after owing child support payments for his five year-old daughter.  He was alleged to have failed to pay for over two years.

Details: Coleman was pulled over in North Carolina and after police let him go they realized his license had been suspended due to a DWI arrest the previous year.  A warrant was put out and he was arrested the following day.

Charge: Inciting a riot, battery on a police officer, and resisting arrest

Details: While in the New Orleans French Quarter, a group of men including Mason was seen in an argument over women in the street with another group.  Officers attempted to separate the groups when Mason allegedly hit one of the officers and began rallying the crowd. He was then pepper sprayed and fled into the crowd before eventually being arrested a short time later.

Details: Mason allegedly took part in an early morning brawl outside of an upscale Harlem nightspot.  Mason and four of his friends were charged with assault after badly beating a man after one of them accidentally bumped into the victim.

Details: Wesley was racing in Charlotte in a car alongside his friend and teammate Bobby Phils when Phils’ Porsche lost control and crashed, killing him instantly.  The car Wesley was driving was not involved in the accident.  He later was convicted of reckless driving for taking part in the fatal race.