Details: Hours after a home loss to the Atlanta Hawks, Nocioni was pulled over for driving erratically.  He failed sobriety tests and was arrested for DUI. 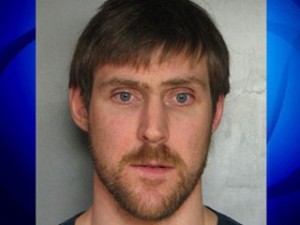 Details: Noah was arrested in Gainesville, Florida after officers spotted him drinking alcohol in public. During a search, officers also found marijuana in his pocket.

Details: Nailon’s third career arrest came after a long and violent confrontation in his home. Following an argument, Nailon threw a picture frame at his wife and elbowed her in the face.  Then, as his wife ran for the front door to scream for help her husband grabbed her around the neck and carried her to the bedroom, where he threw her on the bed. A few minutes later she called police.

Details: Nesby was arrested following a game against the Indiana Pacers for an arrest warrant issue in 1999 from an incident that occurred way back in 1995. At the time of the incident, Nesby was a student at Vincennes University, where he was arrested for breaking the nose of another student during an argument over the O.J. Simpson verdict.  No information on which position Nesby took on the famous crime.

Details: Nailon was arrested after owing child support payments for his five year-old daughter.  He was alleged to have failed to pay for over two years.

Details: Nailon and two other men, including NFL star LaDainian Tomlinson, were smoking marijuana in a Texas motel when officers knocked on the door after noticing the smell.  The three men then jumped out of a second story window before being apprehended in Nailon’s SUV.  This was the first of three career arrests for Nailon.