Details: Plumlee was charged with fifth degree marijuana possession following an arrest in Shelter Island, New York.  No other details have been made public.

Details: While leaving a nightclub, Perkins’ car bumped into another automobile.  An altercation followed, where Perkins punched both a male and a female passenger in the head, and was subsequently arrested for assault.  This was his second career arrest, both with the Thunder.

Details: Potapenko was denied entry to a Miami Beach club due to being inebriated and refused to leave the scene.  Officers responded and Potapenko became aggressive and allegedly used a racial slur and was placed under arrest.

Details: Three weeks after being unceremoniously traded from the Lakers to the Celtics, Payton was pulled over after being spotted backing down an onramp on a San Diego freeway.  Once pulled over he failed a sobriety test and was arrested for driving under the influence.  This was Payton’s second arrest in as many years.

Details: While visiting Texas during the offseason to host a camp for his foundation, Perkins went to a nightclub and ended up challenging the club owner to a fight.  Once forced outside, he drunkenly continued to yell obscenities until he was placed under arrest.

Details: Powell was arrested shortly before a Hawks game for inexplicably refusing to move his car after it blocked an ambulance.  Police asked him repeatedly to move out of the intersection and let the ambulance through, but he refused and was placed under arrest and charged with a handful of obstruction charges. 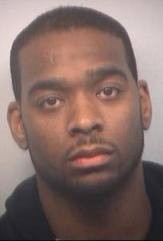 Details: A few hours after losing to the Clippers in Los Angeles, Pruitt was pulled over in Hollywood in his Mercedes at 3am, and was charged with driving under the influence.

Charge: Driving under the inluence

Details: Pinkney was pulled over in Nevada just before 2am after he was spotted weaving in and out of his lane.  He failed a field sobriety test and was arrested for driving under the influence.

Details: The Miami Heat forward was arrested after officers found him stopped in his car in the middle of a Miami Beach road talking with other drivers and pedestrians.  Upon exiting the vehicle, he was noticeably drunk and was taken into custody.

Details: Payton, along with Bucks teammates Sam Cassell and Jason Caffey, got into a brawl outside of a Toronto strip-club with several men and women.  All three were eventually arrested for assault.