Details: Faried and two friends were pulled over at a DUI checkpoint early Sunday morning, at which point officers detected “a strong odor of marijuana emanating from the vehicle.”  Faried was charged with fourth-degree possession of marijuana, a misdemeanor for those allegedly in possession of more than 2 ounces of marijuana.

Details: Brown was tased and arrested after a confrontation with officers in a Walgreens parking lot over a parking violation.  Body-cam footage was subsequently released showing Brown being cooperative and the officers’ using excessive force.  Charges were subsequently dropped and Brown has plans to sue the Milwaukee Police Department.

Details: Officers were called to a Georgia hookah bar in response to reports of an altercation.  Security footage captured Schroder and several individuals in a heated exchange with another patron.  Schroder allegedly shoved the victim, and then kicked and punched him until security pulled him away. The victim sustained scratches to his right knee and complained of right ankle pain, according to the report.

Details: While on routine patrol in Los Angeles, police encountered a group drinking alcohol, smoking marijuana, and playing loud music while blocking a street. The officers then tried to disperse the crowd, and the disturbance escalated. Officers called for backup when the crowd grew and people began throwing bottles. Several police cars ended up with smashed windows and slashed tires.  Multiple arrests were made, including Randolph, who was found with marijuana.  This was his fourth career arrest, and first in over eight years.

Charge: Driving with a suspended license

Details: Less than a week after signing a new $28 million dollar contract with the Timberwolves, Gibson was arrested for driving with a suspended license after getting pulled over for making an illegal u-turn in Queens, New York.

Charge: Criminal damage to a vehicle and violating an order of protection

Details: A day after being arrested for assault, the young Dallas rookie went to the home of the accuser and smashed her mothers’ car windows, and was arrested a second time.  He ended up never playing a single game for the Dallas Mavericks, playing only 15 total games in his NBA career.

Details: Barnes’ third career arrest came following a barroom brawl in December of 2016.  While at Avenue nightclub in Manhattan with teammate DeMarcus Cousins, Barnes allegedly choked a woman and then punched her boyfriend when he came to her aid.

Details: Caldwell-Pope was pulled over in Auburn Hills at 2:50 AM for driving 45mph in a 25mph zone.  Officers smelled alcohol and administered field-sobriety tests which Caldwell-Pope failed.  He was placed under arrest and later registered a .08 blood alcohol level, at the legal limit. 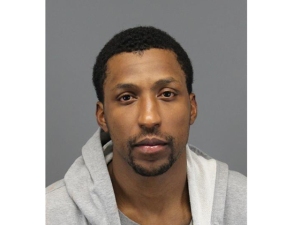 Details: Two months after winning his first championship with the Cavaliers, Shumpert was pulled over in Atlanta after being observed weaving in and out of his lane.  He then failed field sobriety tests and was handcuffed and placed under arrest.  When deputies searched Shumpert’s car, they then found marijuana in a backpack in the trunk.

Details: Green was arrested in East Lansing, Michigan after getting into a physical altercation with another man at a restaurant, Conrad’s Grill. No other details were made available at this time.